An Ode to Vaginismus

An Ode to Vaginismus
in collaboration with the poet Divya Dureja, 2017

Culture, either traditional or popular, both seem to be serving as a tool to legitimize violence against women. The reality is that violations against women continue to happen under the disguise of cultural norms, or through misinterpretation of religious tenets and even because of certain messages presented in modern popular culture depictions. In some South-Asian countries many women and girls are regarded as impure during their periods . Hailing from India, poet Divya Dureja breaks her silence on topics of societal shame and pain faced by women belonging to not just erstwhile colonial nations, but everywhere. Her poem ‘An Ode to Vaginismus’ is an attempt at sharing the difficulties she and many other women like her face inside their bedrooms and outside.  The narrative of her performance piece is built on her experiences of living as a cis female queer individual and navigating not just her non-normative sexuality in a country that still has archaic colonial provisions , but also living with a debilitating female sexual dysfunction, which goes undiagnosed for many women world over, and one which is not discussed openly in the public sphere. By speaking on taboo topics and defying personal inhibitions, she succeeds in pulling in the spectator to an intimate space and creating emotional awareness. She does so in a very powerful and self-confident way, one that represents a new angle of femininity marked by nobility and pride.

An Ode to Vaginismus

But I have felt my body become one with another.

I have felt shivers tremble down my fingertips to my heart and seep into my toes when touched by another while my brain was under the influence of love.

I have felt the concurrent contractions

that come during an orgasm

As my hands slip down

to remove their tongue

away from my clit

They come and go

I’ve given her pleasure and I’ve wrapped myself around him.

What you call making love

Leads to tears and cuts

That make me afraid of finding myself

in the touch of another

In the words of lyrics

In the jokes of a comedian

In the narrative of a rom-com

In the eyes of lust

By him or by her

Is equally a crime

Done unto my body

Is a strange curse

One that is discovered

Only if you’re privileged

But its discovery may take years

To grow in your skin

To grow in love

But long after you’ve been conditioned

That sex is pleasurable

The togetherness, the moment, you become whole

I will never experience this sum

I will always wonder what happens when you consummate with the one you love.

How do I tell her that this is where we will have to stop?

with this strange condition I don’t understand but let me try.

I will never understand how it feels to be consumed in the flesh of another.

we can make our own interactive map

And I can let you know how I experience love

And I’ll do my best, to please you such.

Has its own regional dialects

Its tweaks and tests

Not all fit in

In the category of passing the litmus test

Almost, is my complete, but I don’t know how to tell you that by your definition I’ll always be an attempt.

A symphony without an end note

I’m 24 and I will never ever understand the words written in books or in the context of a smile by a flirtatious date asking me what I enjoy about sex.

How did this three letter word become so laden with intent

that when someone says ‘fear of missing out’

I hear my insides

In disdain for popular culture

And I crumble inside

There is no ultimate act

if you decide to be with me

I can give you all I have

But I can’t give you 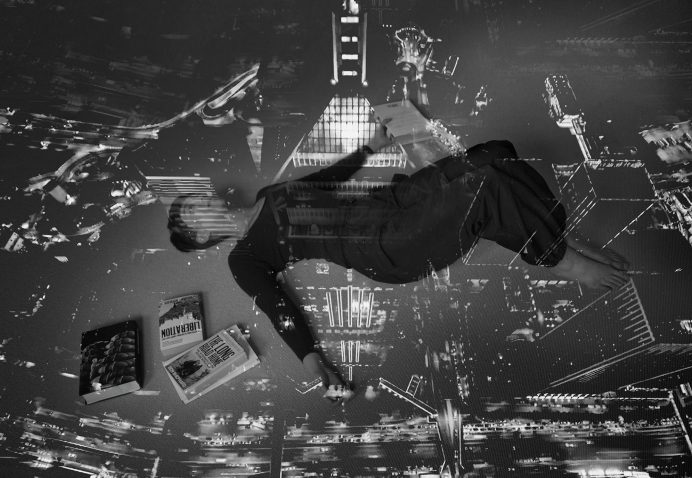