The title Kathmandu Girl is inspired by a namesake poem by Nasala Chitrakar, a young Nepali poet. Arriving at the conclusion of this intense yet fruitful residency I find that the images and experiences present in her words are interwoven into my own. The title evokes ideas and aspirations of raising a young generation of women who eagerly chase after the elusive dream of forging their own paths. Brought up as digital natives, they intend to break out of their cultural limitations, a common theme in the global rebellion of the emerging generation.

Fashion and clothes, more than voice, have been the tools for women to show their emotions, beauty, status, and even hopes.Stepping out from my comfort-zone, I have presented two vibrant microcosms of parallel worlds: bold spoken word poetry, and the shining, superficial world of fashion. With Kathmandu Girl, these disciplines compliment and enrich one another, capturing divergent inspirations and synergies within a spectrum of inner and outer identity. The generation of young female fashion designers stands for large-scale dreams and a strong female identity, creating dreams and life drafts –

The graduates of the” Namuna College of Fashion Technology” were photographed in front of the always same background image of Mount Everest, as the icon and the tourist magnet of Nepal’s. Even still, the hair is regarded as characteristic of the woman length and volume ruffling and foam into the landscape synergies as a waterfall. Culture, either traditional or popular, both seem to be serving as a tool to legitimize violence against women in Nepal. The reality is that violations against women continue to happen under the disguise of cultural norms, or through misinterpretation of religious tenets and sometimes even through the modern popular culture. In rural villages, many women and girls spend their periods in a separate shed built outside their homes. They are also restricted from going to school.

Chhaupadi was outlawed by the Supreme Court of Nepal in 2005, but this backward tradition has seen slow change. This practice stands as a paradox to the 21st century society with advancements in social systems, social justice, equality and basic human rights. The country has made major strides in political, economic and other fronts. But they are unable to abolish this practice which has its roots in superstitious beliefs. Domestic violence against women also exists here in the highly educated families, cutting across boundaries of culture, class, education, income, ethnicity and age.
During my explorations for Kathmandu Girl, I discovered that there is a palatable point of tangency between seemingly unrelated words, sound and dance moves. This proved to be the connecting link between the two parallel worlds I have presented. The bridging of these two worlds can be seen in the radiating dance of Subima Shrestha, a Nepali Kathak dancer. As I watched her perform this dance form in an elegant traditional outfit, I noticed that with each movement, her steps wrote poetic verses with the surface they touched. Her dance presented the juxtaposition of rhythmic poetic movements against the fierce persona lent to her by her traditional costume.
With this connecting link, my investigations into the vast and overlapping spectrum of performance and reality had come to a close.

I have focused on the strength that is borne out of the inclusion of varied perspectives and forms. All my protagonists rose to the occasion and worked stunningly, defying all limitations and restrictions.

My longstanding interest in female issues and the search for identity, also stems from and extends to the examination of social media platforms such as Facebook, and Instagram, where alternative versions of the self can quickly appear. This persona-play and the way individuality is reassembled through the lens, can be seen as a poem woven over a timeline that focuses not only on aspects of gender but also identity-making processes. In effect, the present digital age is also afflicted with a flood of narcissism and an obsessive cult of self-expression. Moreover, the Fashion Industry has altered the way we regard youth and age, beauty and character, and even femininity. I have been guided by such reflections of our seemingly free and fast moving modern society.
We must not overlook the truth that our worlds and souls are still trapped by false hopes of liberation from gender inequality, when our collective actions are not actively changing for the better. However, my personal interactions during this residency have helped me present a silver lining in the sky. Having explored womanhood in all its diversity, I can see that the dream of equality is alive and beating loudly in the hearts of the younger generations of the present times. The electrifying moment of triumph is near. 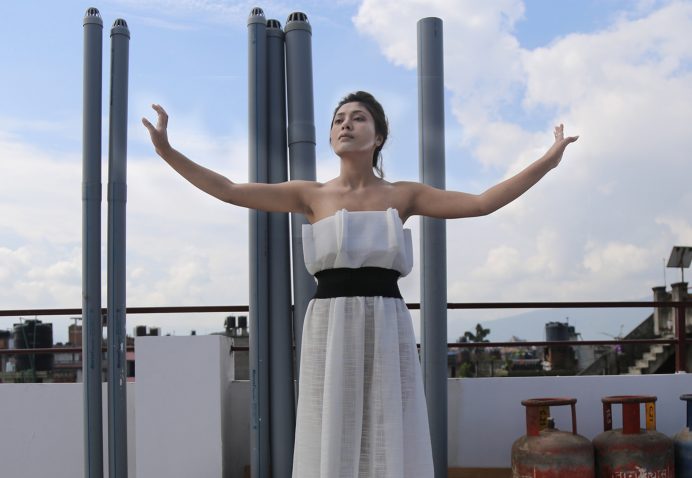 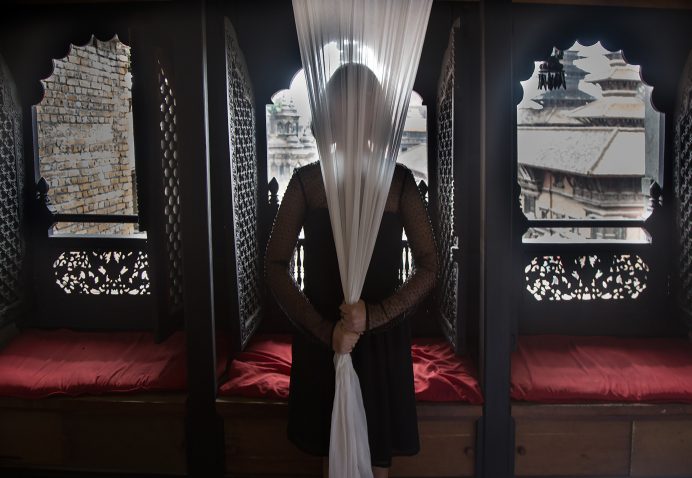